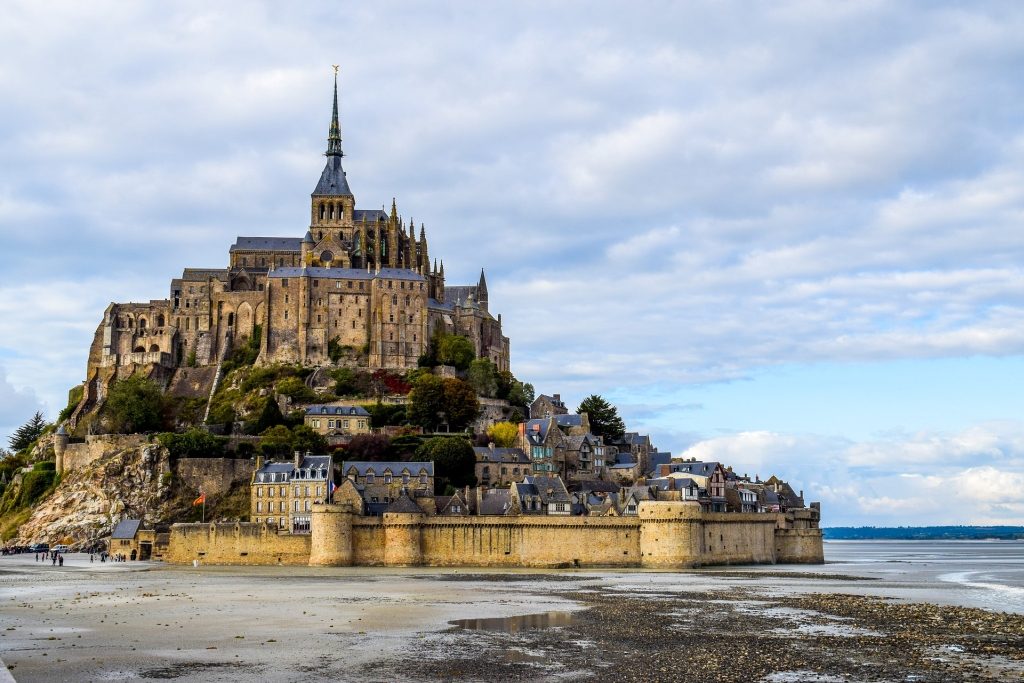 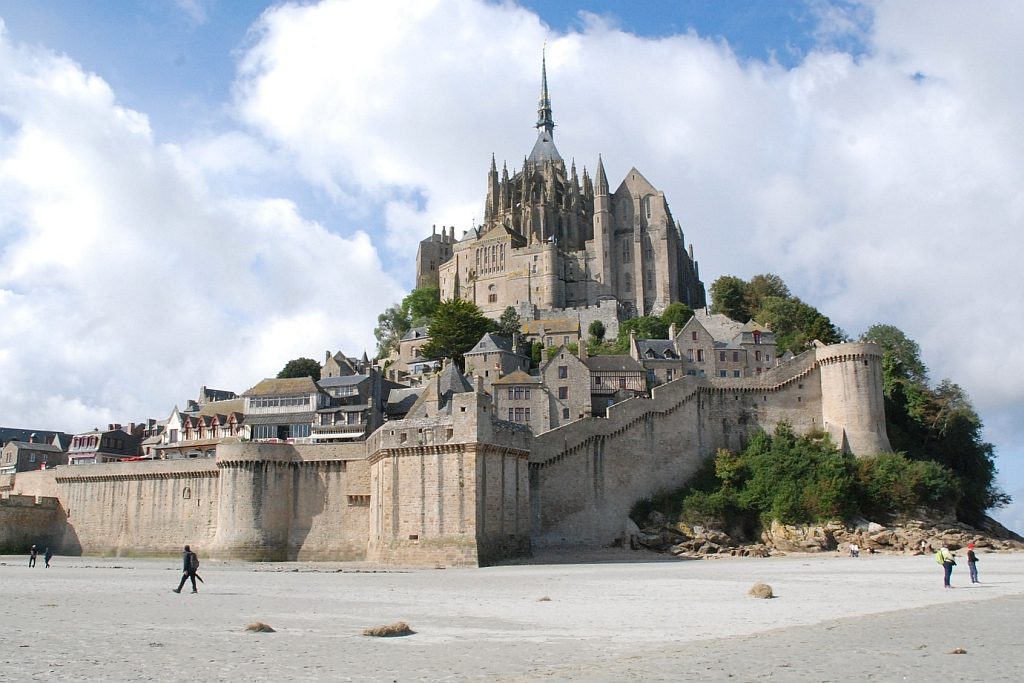 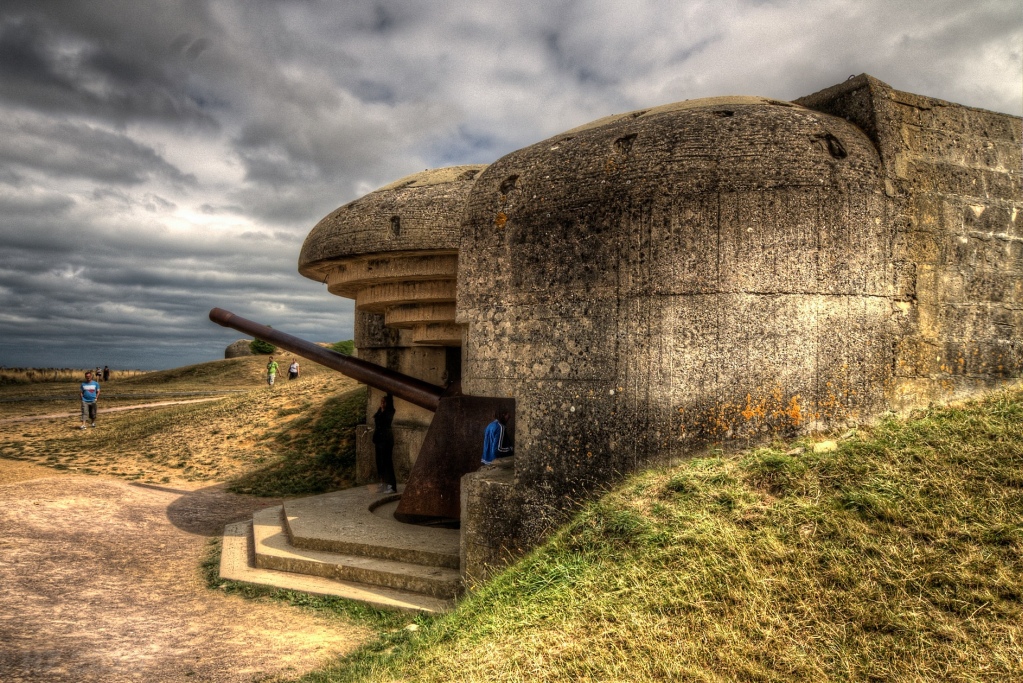 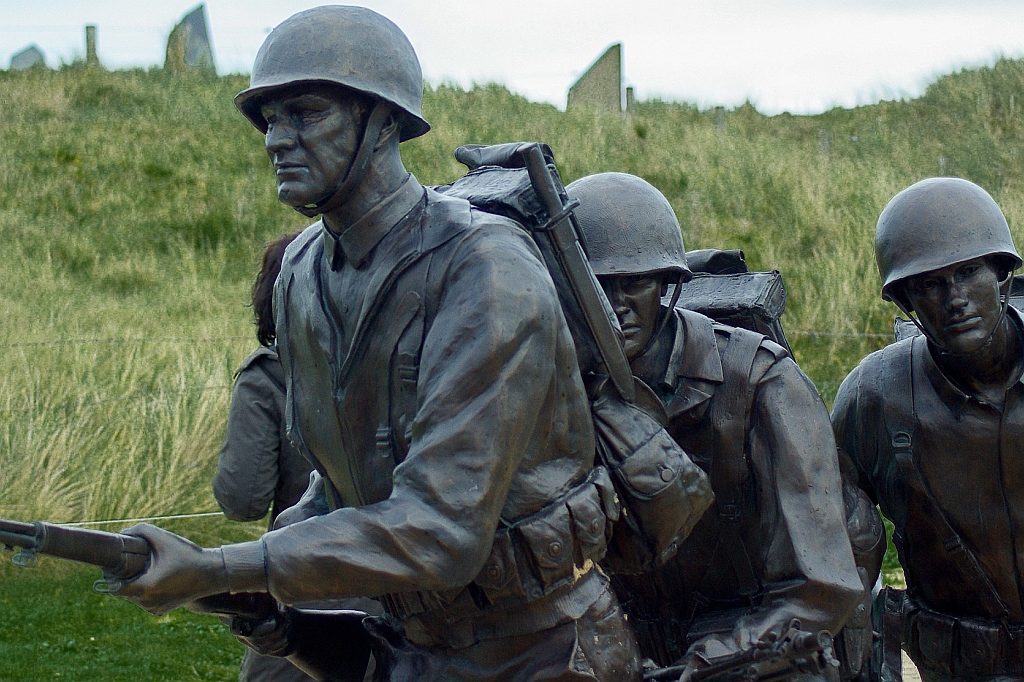 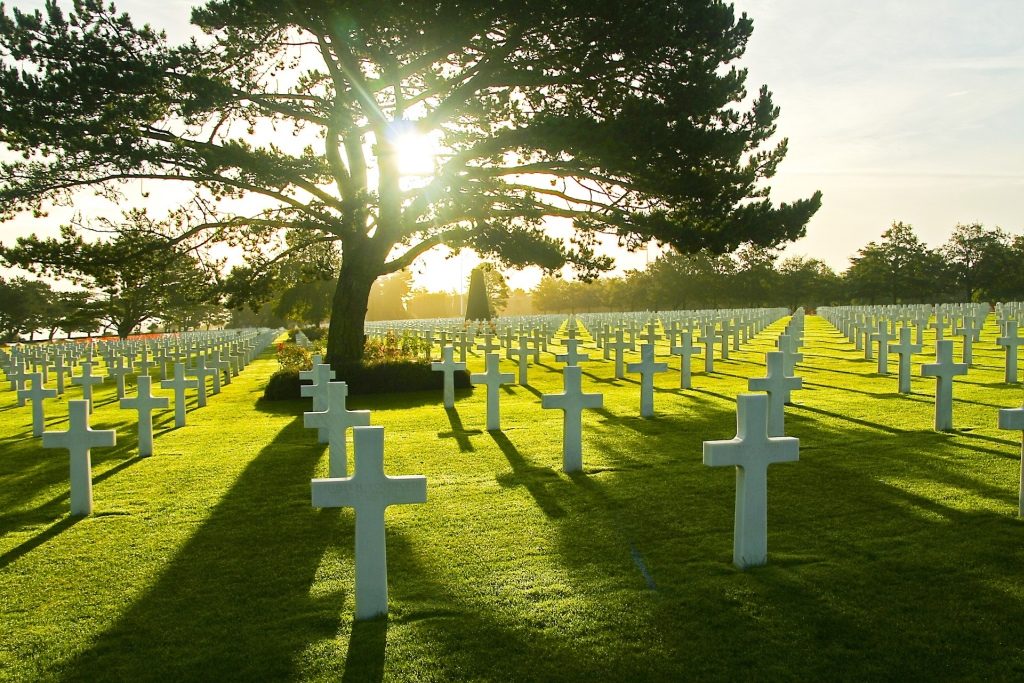 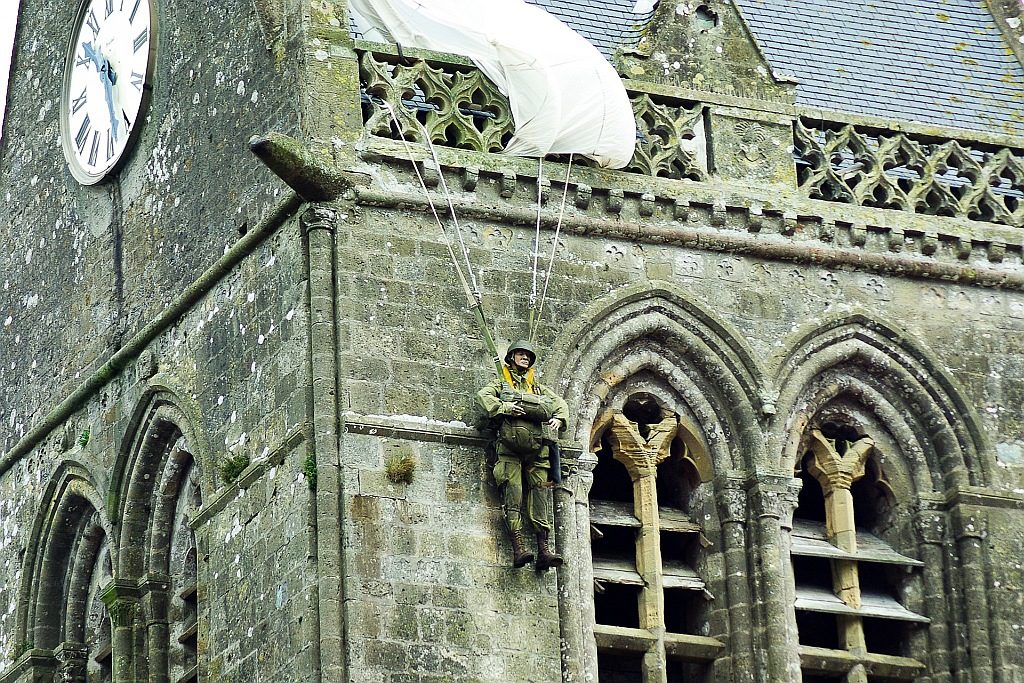 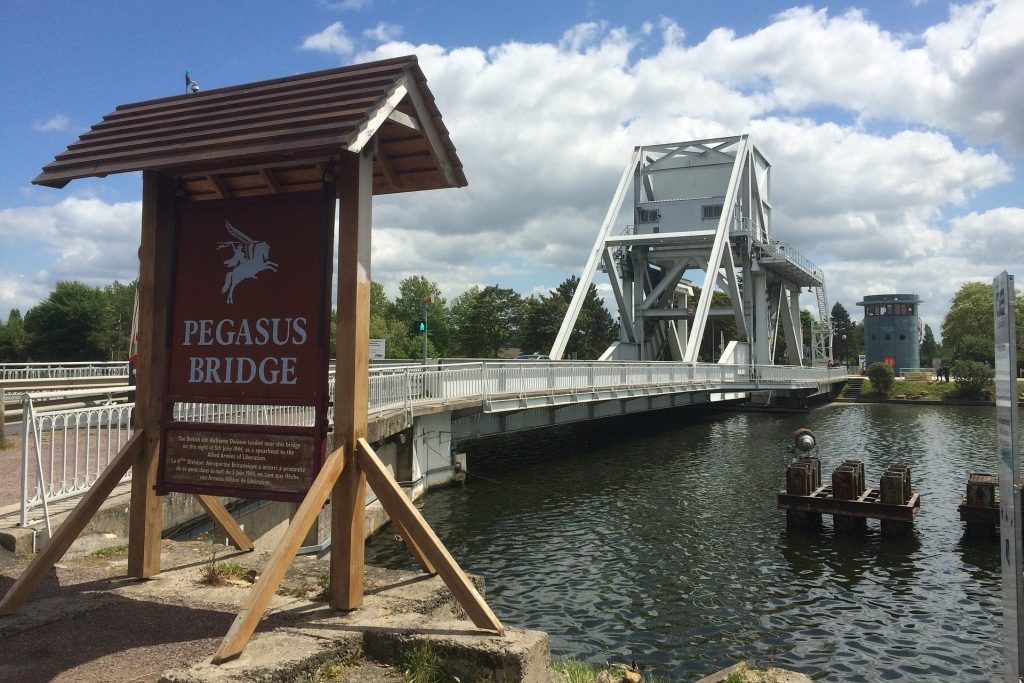 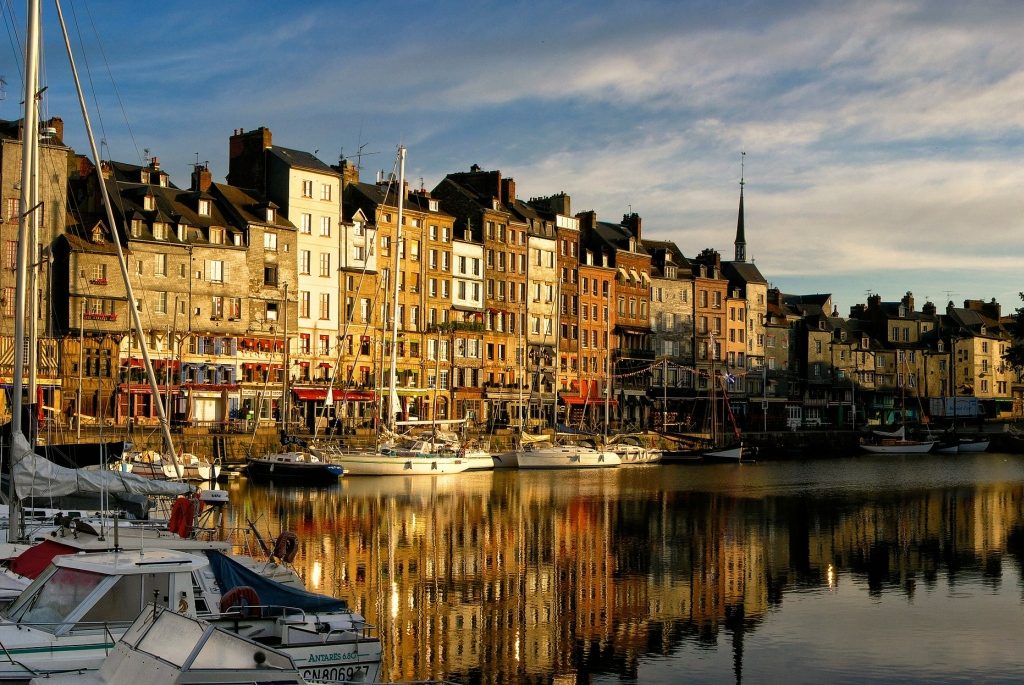 Normandy has a long and fascinating history. After Paris, the Calvados department of Normandy is the French area with the most historic monuments with over 900 sites listed.

You can easily spend a week discovering historic Normandy. Our tailor-made itineraries will introduce you to Medieval fortresses and Renaissance chateaux, prestigious abbeys, beautiful churches and cathedrals, fortified farms and half-timbered manor houses, not to mention the thought-provoking D-Day Landing beaches of the north coast.

A great number of abbeys and churches were built in Normandy from the 5th century onwards. At the height of their glory, they numbered over 100. Today, 60 of them still survive of which the most well known is perhaps that of Mont Saint Michel. Many of the surviving abbeys are still monasteries.

In your tailor made itinerary we can provide you with detailed information on the Norman Abbey Circuit, a driving circuit which takes in some of the most important abbeys of the area.

The Medieval period left an important mark on Normandy of which the Bayeux tapestry, included on the UNESCO Memories of the World register, is probably the best known.

But we’ll also ensure you discover many lesser-known Medieval sights during your trip to Normandy. They’ll include towns, villages, chateaux and manor houses with half-timbered buildings and relics of days gone by.

An historic Normandy trip is not complete without a guided visit to the D-Day Landing Beaches, war memorials and cemeteries of the area. You’ll gain a deeper insight into the turbulent history of this time and delve deep into the lives of those who took part in this momentous event.

This single centre, fully flexible itinerary is based near Caen and is the basis from which your own personal itinerary will be created.

We suggest you fly into Paris which is only 2 hours from Caen by car. Alternatively, take a cross-Channel ferry from the UK into Caen or even Cherbourg or Le Havre from where you can hire a car.

The price for this Historic Normandy trip will depend on your accommodation choice, the number of people, the time of year and which elements of the itinerary you wish to include.

This itinerary can be combined with any of the other itineraries on our site to create a complete trip to France.

<p>Enjoy a self-guided or private guided tour of Caen. Delve deep into the history of the magnificent 11th century castle, the two Romanesque abbeys and the 1000 yr old history and architecture of the old town. Learn about the impact of the 100 Years War and also the French Revolution in Normandy.</p><p>We'll provide you with information to get the most out of the excellent multimedia Memorial Museum which is devoted to World War II, the 1944 Battle of Normandy and the Cold War.</p>

<p>Take a guided tour of the most significant sights of the D-Day Landings in Normandy. Our expert local guides will pass on their in-depth and carefully researched knowledge of the events of that tumultuous period of WW2 history. If you have specific interests or particular sights that you wish to see then let us know.</p>

<p>Head out to discover some of the magnificent abbeys in Normandy. We'll provide you with all the information you need to explore the Normandy Abbey Circuit under your own steam and visit some of the treasures of the area.</p>

<p>Mont Saint Michel is on almost everybody's bucketlist which is why it can be something of a tourist trap. However, if you go at the right time of day it is possible to avoid the crowds. </p><p>Using one of our local guides for a private walking tour will also ensure you discover some of the gems that most tourists will never know about.</p>

<p>No historical Normandy trip would be complete without a visit to the atmospheric old town of Honfleur.</p><p>But first, discover the beautiful Normandy coastline east of Caen, visiting Deauville and Trouville before you reach Honfleur.</p><p>This lovely old town has thankfully lost none of its authenticity. Take a private guided tour of the old town to get to the heart of the place and understand its rich history. </p><p>Walk the narrow cobbled streets between half-timbered houses and take in the atmosphere. When you reach the picturesque Old Dock, try and imagine the sea-farers of days gone by who left this port for distant lands such as Canada.</p>

<p>On the final day of this historic Normandy itinerary, visit Bayeux, which was the first French town to be liberated in June 1944. The Memorial Museum is well worth a visit and of course the Bayeux Tapestry is also unmissable.</p><p>Walk the old cobbled streets and visit the stunning Romanesque cathedral before enjoying lunch at one of our recommended restaurants.</p>

South East France 5 Days
Provence and the South East of France are not all about lavender, olives and rosé wine. This is also an area that is rich in...
View Details
Available through out the year:

South West France 5 Days
The Languedoc area of the Occitanie region in SW France has a complex and fascinating history which dates back to neolithic times. Our proposed historic...
View Details
Available through out the year:

South West France 7 Days
The south west of France is rich in gastronomic delights, delicious wines and historic buildings with numerous UNESCO registered sites and buildings to discover. The...
View Details
Available through out the year:
This site uses cookies: Find out more.